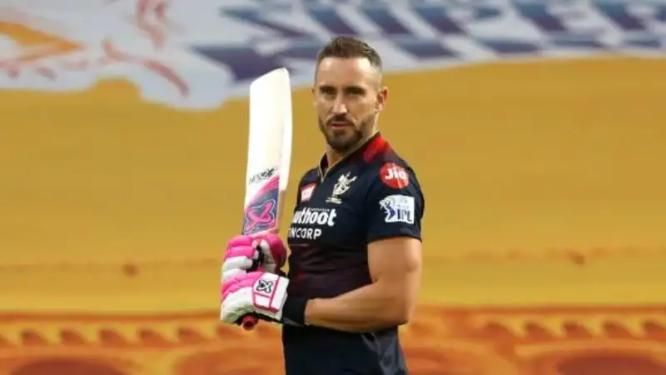 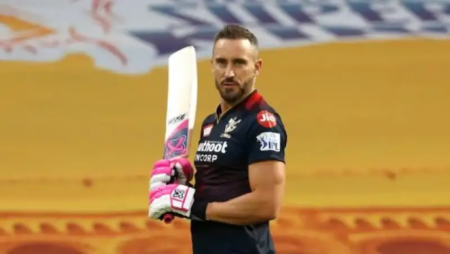 Skipper Faf du Plessis admitted that Royal Challengers Bangalore missed the services of pacer Harshal Patel in Tuesday’s IPL 2022 loss to Chennai Super Kings. Notably, Harshal was not named to RCB’s playing XI against Chennai at the Dr DY Patil Sports Academy. Because the pacer had to leave the IPL bio bubble to return home following the tragic death of his sister. According to RCB sources, Harshal left the bubble on Sunday after the game against the Mumbai Indians on Saturday. It is unknown how long Harshal will be unavailable to the RCB team.

During the post-match presentation, Faf du Plessis stated: “The first 7-8 overs were fairly good, but from 8-14, Dube relied heavily on the spinners. During that time, nothing we tried worked. To chase down such a big score, you’ll need one of the first four to lay the groundwork. We didn’t have anything like that. CSK made good use of their spinners on a pitch with some grip. The way we returned was a testament to the depth.”

“You recognize Harshal’s what he has to offer. We Missed That”: Faf Du Plessis

“You recognize Harshal’s worth and what he has to offer. He has the ability to put an end to the game. We missed that tonight, as our tone was similar to the bowling. Our attack lacked the variety we required. Hopefully, we’ll be able to see him again soon. I was impressed with Prabhudessai’s debut performance “The South African continued.

Harshal Patel was the leading wicket-taker in the IPL in the 2021 season, with 32 wickets. He also performed admirably in RCB’s previous match against Mumbai Indians, taking two wickets for 23 runs.

In the match, brilliant knocks by Shivam Dube and Robin Uthappa were backed up by a courageous bowling performance as Chennai Super Kings won by 23 runs over Royal Challengers Bangalore in their IPL 2022 match on Tuesday.

This is CSK’s first win in the IPL 2022 after five games, while this is RCB’s only second defeat.

Also Read: I suspected Rohit Sharma would step down as captain before the 2022 IPL, similar to how Virat Kohli did: Sanjay Manjrekar