Deepak Chahar is doubtful for the IPL 2022 season after suffering a back injury at the NCA. 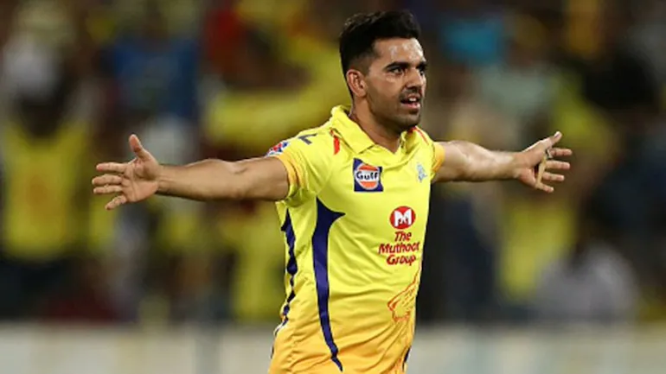 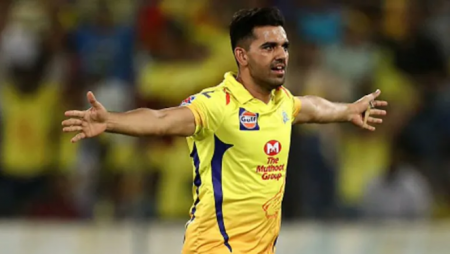 Deepak Chahar is doubtful for the IPL 2022 season after suffering a back injury at the NCA. Chahar expect to return to IPL action by the end of April.

Deepak Chahar, the medium pacer for the Chennai Super Kings. Unlikely to return to the field any time soon after suffering a back injury during his rehabilitation at the NCA in Bengaluru. Chahar recovering well from a quadriceps tear suffer against the West Indies in February. He expect to return to IPL action by the end of April.

However, with the back injury, there is now a big question mark over his IPL return. Though CSK has yet to receive a formal report from BCCI on the severity of the injury, as reported by ESPN Cricinfo.

Chahar has been a huge miss for the Chennai Super Kings so far this season. As he has been groomed to be a good death overs bowler as well as a good new ball bowler. The 29-year-old played a key role in CSK’s title-winning season last year, and his batting credentials have yet to be unlocked in the IPL, despite some excellent outings with the bat in international cricket.

Also Read: Abhishek Sharma of SRH on working with Brian Lara in IPL 2022

CSK is struggling to find form in the absence of Deepak Chahar after suffering a back injury.

Chahar was not retained by the Chennai Super Kings ahead of the IPL 2022 mega auction, and after a massive bidding war between the franchises, Chahar was brought back by his former franchise for a whopping INR 14 Crore, becoming the auction’s second most expensive player this year. CSK, on the other hand, has struggled to fill the void left by his absence, suffering four straight losses in their first four games of the IPL 2022.

The inclusion of Tushar Deshpande, Adam Milne, Mukesh Choudhary, or Chris Jordan has had no effect on the franchise’s results, and they will look to provide opportunities for KM Asif or Rajvardhan Hangargekar in the upcoming games. Chahar has emerged as a potential candidate for the Indian squad in the T20 World Cup 2022 this year in Australia, and the management will not be looking to risk him any time soon with the big event approaching.