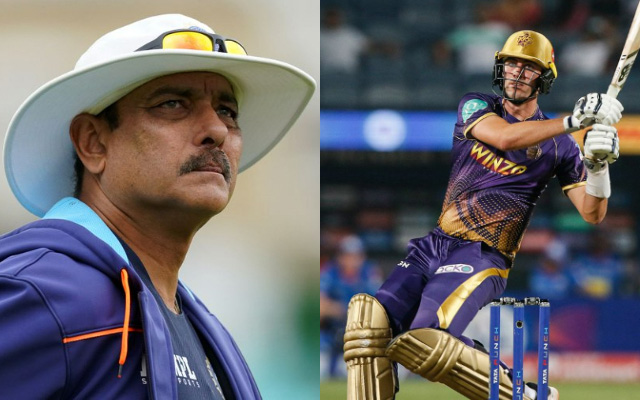 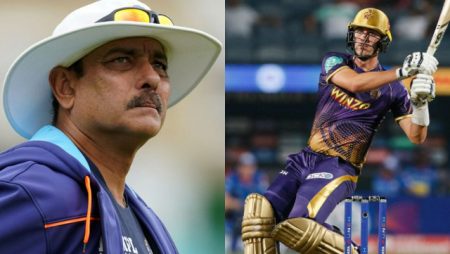 Ravi Shastri on Pat Cummins’ furious hitting in the KKR-MI game. I haven’t seen a match like this in a long time, said Ravi Shastri.

Match 14 of the IPL 2022 saw KKR and MI square off in an entertaining contest. However, the night was named after only one man. That man was none other than Pat Cummins, who was furious with the bat, scoring 56* off 15 pitches. Cummins hit the joint-fastest fifty in IPL history while chasing 162 runs, and the game was won with four overs to spare.

In light of the same events, former Indian head coach Ravi Shastri stated that Cummins literally ruined a good game of cricket. It was a bitter pill to swallow, as the Australian wreaked havoc with the bat as soon as he stepped onto the field. Shastri also stated that scoring 35 runs in an over is unheard of, referring to Cummins’ smashing of Daniel Sams (for 35 runs) to all four corners of the ground.

“It’s a bitter pill to swallow.” That was strange. It’s like someone hands you a chocolate and before you can say “thank you,” it’s in the other guy’s mouth, and he’s saying “thank you.”

I haven’t seen a match like this in a long time: Ravi Shastri on Cummins

“It was incredible. In an over, 35 runs are scored. When you see a match like this where the other team has a slight advantage, you have to start thinking. Then it’s probably 60-40 in favor of the Mumbai Indians. It’s over when the next over arrives. I haven’t seen a match like this in a long time, and I’ve seen a lot of cricket.”

During the post-match presentation, MI captain Rohit Sharma stated that it will be extremely difficult to digest. During the middle phase of the game, MI appeared to be on top, but Cummins ruined everything. Cummins also took two wickets in the same game to highlight his all-round performance.

“It will not be easy to digest, as Rohit Sharma stated. Take a look at his striking; he was picking his spots, with everything coming from the meat of the bat. Even that mistimed shot nearly went all the way, great effort (on the field), but it was ruled a no-ball. He ran the two, hit the next one for four before you could blink, the last one for six, and that was the end of it. It’s a game, set, and match. It’s as if someone passing by would say to him, “Thanks for ruining a really good game of cricket,” he concluded.