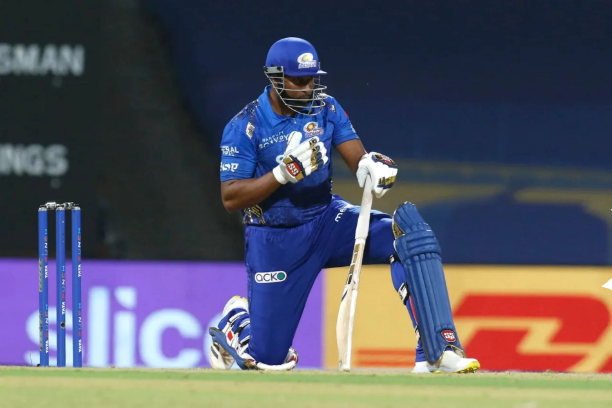 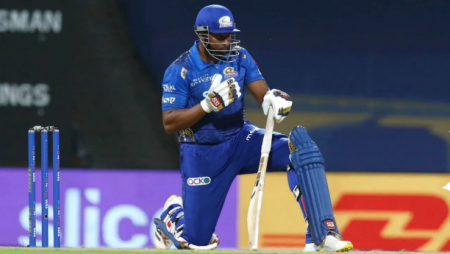 Kieron Pollard needs a few more overs to bat: Aakash Chopra feels that Pollard’s role is more important in MI this year with the absence of the Pandya brothers.

Former cricketer turned commentator Aakash Chopra has been quite vocal about his thoughts on the Indian team, the Indian Premier League, and world cricket in general. Aside from Twitter, he frequently expresses his thoughts on his YouTube Channel.

Aakash mentioned in a recent tweet that West Indies white-ball captain. Experienced Mumbai Indians (MI) batter Kieron Pollard is getting more overs under his belt. Which could help the side get back to winning ways in the tournament after three consecutive losses in IPL 2022.

“Isn’t it a recurring theme every year—Pollard needs a few more overs to bat?” “Thoughts,” Aakash tweeted on his official handle on April 7th. Especially this year with no Pandya brothers to bat either side of him.

The Pandya brothers are not available for MI in the 2022 edition of the tournament. So the onus is on Pollard to provide a late flourish in the final overs. Putting extra pressure on him to perform at critical stages of the game. It is clear that among the Pandya brothers, particularly Hardik, has been a consistent run-scorer for the team in recent editions. Providing support in the middle overs as well as partnering with Pollard to cause maximum damage to the opposition in the late innings.

Pollard, on the other hand, has not looked his natural best in the first three matches of the ongoing IPL 2022. He was dismissed for three off five balls in the first league match against Delhi Capitals (DC) and returned with 22 off 24 balls in the following game against Rajasthan Royals (RR).

Pollard came in at number six in MI’s third league game against Kolkata Knight Riders (KKR) on April 6 and contributed 22 off five balls despite not timing the ball well. His innings pushed MI’s total to 161.