RCB celebrate their victory over RR with a one-of-a-kind team victory song in the locker room. 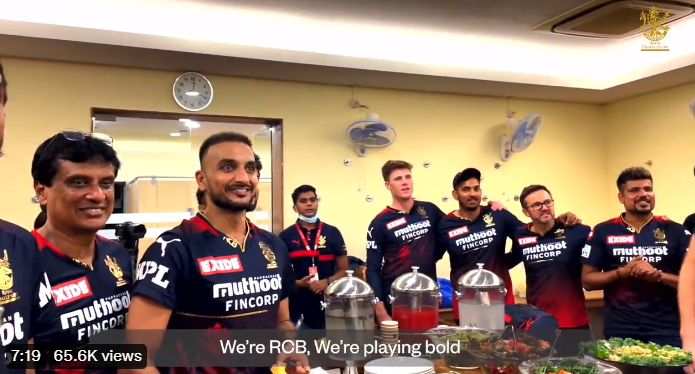 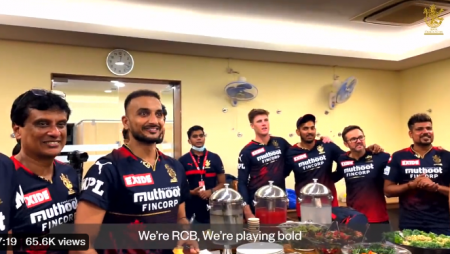 RCB celebrate their victory over RR with a one-of-a-kind team song in the locker room. With a crucial partnership, Dinesh Karthik and Shahbaz Ahmed guided RCB to victory over the Royals.

After defeating the Rajasthan Royals in Match 13 of the IPL 2022, Royal Challengers Bangalore created a one-of-a-kind celebration song in the dressing room. The Faf du Plessis-led side lost their first game against the Punjab Kings, but they have since produced some incredible performances against the Kolkata Knight Riders and the Rajasthan Royals.

Dinesh Karthik’s return to RCB in this year’s mega auction has proven to be a blessing in disguise for the franchise, as he has played three unbeaten knocks of the highest quality so far. The veteran batsman shared a crucial sixth-wicket stand with Shahbaz Ahmed and led his team to victory with an unbeaten 44 off 23 balls. If he continues to bat as well as he has in IPL 2022, the 36-year-old will almost certainly be considered for a return to the national team.

RCB celebrated the victory in the dressing room with the entire team, including big names like Virat Kohli, Faf du Plessis, and Dinesh Karthik, who were all singing the new team song, after a fine win against the Royals that looked improbable at one point. Despite making the finals three times, the franchise has yet to win an IPL title, but they have formed a formidable group this year and would like to break the jinx.

“The pants are bright red. The shirt is a light blue. The golden lion can be seen through the cracks. We are the RCB. We’re taking chances. We’ll go to the finals on our own. There will never be a finer team, nor will there ever be a finer team. Those other teams don’t bother me; I’m proud to be a member of RCB. “We are RCB, RCB,” the song’s lyrics begin.

RCB are currently in sixth place on the points table, with four points from three games and a marginally positive net run rate. They will face the Mumbai Indians in their next match on April 9 at the MCA Stadium in Pune (Saturday).