Shaheen Afridi bowls Travis Head out on the first ball of the third ODI. 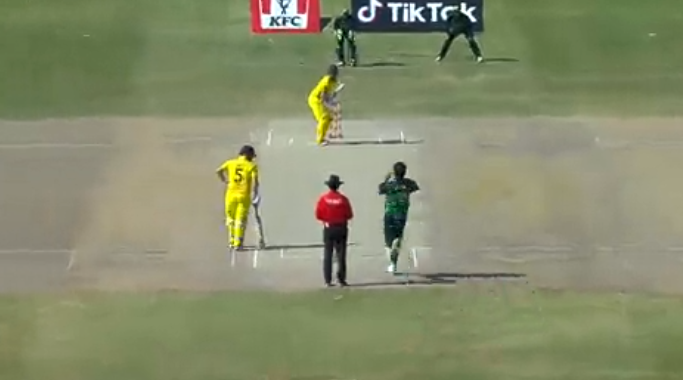 Shaheen Afridi bowls Travis Head out on the first ball of the third ODI. Shaheen Afridi delivered an out-swinging low full toss. Before Travis Head could read the line of the delivery, the ball dipped and rattled his off-stump.

Pakistan are off to a flying start in the series decider at the Gaddafi Stadium in Lahore. After pulling off their most successful ODI run-chase in the second match against Australia. Pakistan bowlers struck early after electing to bowl, dismissing both Australia openers cheaply. While Haris Rauf continued Aaron Finch’s nightmare run in the ongoing series. Shaheen Afridi stunned the in-form Travis Head on the first ball of the match.

It was an out-swinging low full toss, and the ball dipped and rattled Head’s off-stump before Head could read the line of the delivery.

Also Visit: The Incredible Catch of Tim Southee To Dismiss Kagiso Rabada: It Shouldn’t Be Missed

In the previous match, Shaheen had also dismissed Finch for a first-ball duck.

With the series on the line, Pakistan chased down 349 runs to tie the series and force a decider.

Imam-ul-Haq hit his second century of the series, while Babar Azam hit his 15th ODI century as Pakistan chased down the target.

Earlier, Australia had totaled 348 for eight in 50 overs, largely thanks to Ben McDermott’s first international century.

Aside from McDermott, Head had also scored a fine 89 but fell short of his second consecutive century in the series.

The three-match ODI series will be followed by a one-off T20 match on Tuesday, April 5, at the same venue.