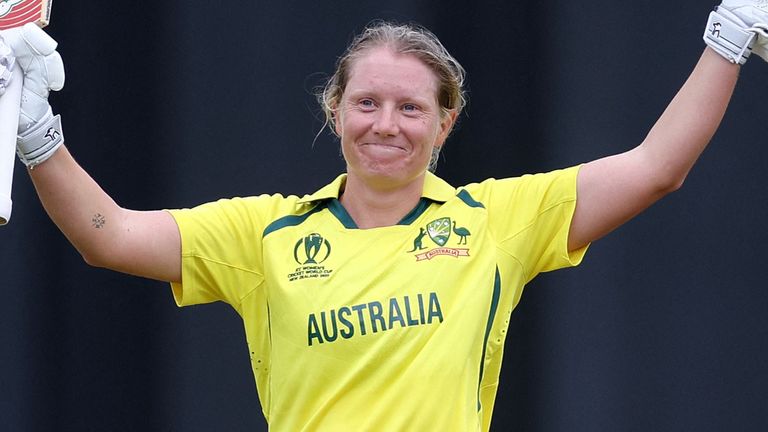 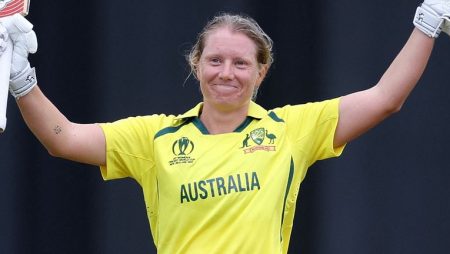 Alyssa Healy’s Incredible Direct Hit Against WI In The WWC. Alyssa Healy, Australia’s wicketkeeper-batter, had a perfect day at the office, scoring a blistering century and also contributing to the West Indies’ innings.

Australia kept their unbeaten record in the ICC Women’s World Cup intact on Wednesday, defeating West Indies in the first semi-final at Wellington’s Basin Reserve. With this victory, Australia qualified for the final, where they will face either South Africa or England. Alyssa Healy, Australia’s wicketkeeper-batter, had a perfect day at the office, scoring a blistering century and also contributing to the West Indies’ innings. Healy struck a direct hit in the 30th over to dismiss Chedean Nation.

Alyssa Healy put in a tremendous effort, having to run towards short third-man before firing in the throw.

After a two-hour delay due to rain, the match reduce to 45 overs each.

Australia, on the other hand, maintained complete control of the proceedings from the start and went on to win the match by 157 runs.

Following Healy’s knock of 129 off 107 balls, Australia managed to post a total of 305 for three after being put in to bat first.

Aside from Healy, Rachael Haynes scored an outstanding 85 points, and Beth Mooney made a cameo appearance of 43 seconds.

In the end, they were bowled out for 148, with captain Stefanie Taylor leading the way with a valiant 48-run knock.

Defending champions England will face South Africa in the second semi-final on Thursday at the Hagley Oval in Christchurch.