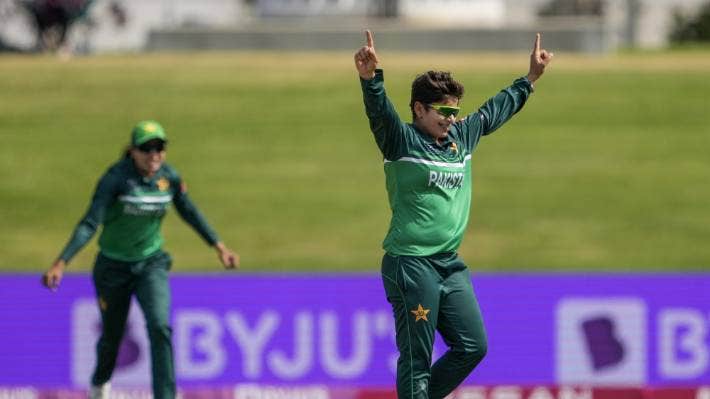 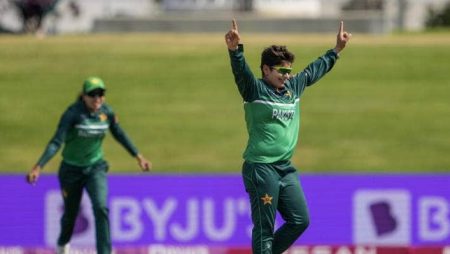 Pakistan ended an 18-match losing streak by defeating the West Indies by an eight-wicket margin in the Women’s ODI World Cup here on Monday. Nida Dar returned with four for ten to help Pakistan restrict West Indies to 89 for seven after opting to field in the rain-shortened match at Seddon Park, which was reduced to a 20-over-a-side affair due to a flooded outfield.

West Indies’ top scorer was opener Deandra Dottin (27) with 27 runs, while Stafanie Taylor (18) and Afy Fletcher (12 not out) were the other two Caribbean batters to reach double figures.

Chasing 90, Pakistan, who have lost all four of their matches and are ranked last in the eight-team standings, lost opener Sidra Ameen (8) in the sixth over, leaving their scorecard at 22.

Muneeba Ali (37 off 43 balls) and skipper Bismah Maroof then shared 35 runs for the second wicket before the former left with Pakistan needing 31 runs off 46 balls. During her knock, Muneeba hit five boundaries.

But Maroof (20 not out) played sensibly without taking any risks, stitching unbeaten 33 runs for the third wicket with Sohail (22 not out) to romp home with seven balls to spare.

While the victory boosts Pakistan’s morale ahead of their final two league games, the defeat jeopardizes the West Indies’ chances of reaching the semifinals.

Despite the loss, the West Indies remain in third place with six points from six games. Pakistan is still in last place.