PAK vs AUS: In a tweet congratulating Mitchell Swepson, Steve Smith trolls himself. 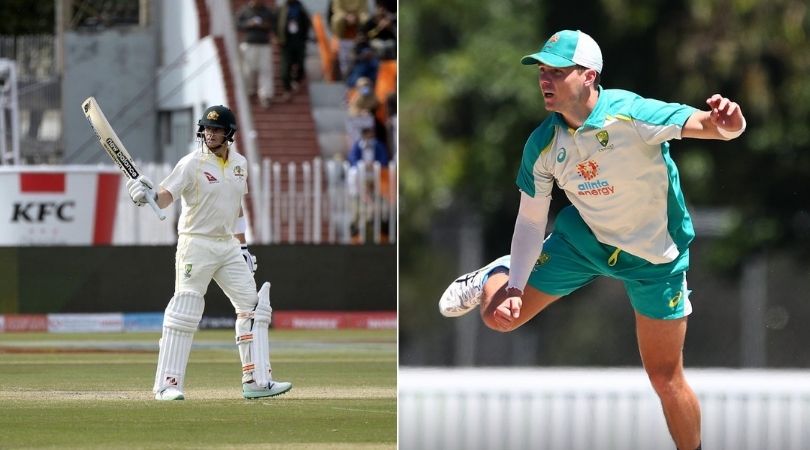 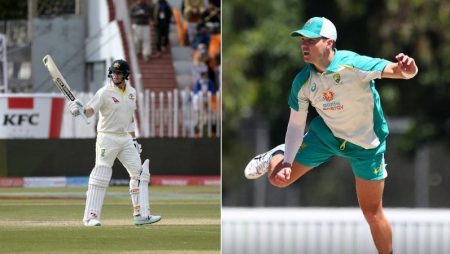 PAK vs AUS: In a tweet congratulating Mitchell Swepson, Steve Smith trolls himself on being named to Australia’s playing XI for the second Test, but he did so by trolling himself.

Mitchell Swepson will make his long-awaited Test debut against Pakistan in the second Test of the three-match series, which begins on Saturday at Karachi’s National Stadium. His inclusion in the starting XI is significant because it comes just a week after the death of legendary Australian leg-spinner Shane Warne in Thailand. Since Pat Cummins announced Australia’s playing XI for the Karachi Test, many have congratulated Swepson on social media, including Australian superstar Steve Smith.

Smith took to Twitter to congratulate Swepson on his selection while mocking his own abilities.

“It’s been a long time since a leg spinner made his Test debut for Australia. I have no doubt Mitch Swepson will be far more successful than the previous leggie. Good luck, mate! I can’t wait to walk out there with you tomorrow, “Smith tweeted a split image of himself bowling leg-spin and Swepson on the other.

Swepson was “pumped up” to make his debut, according to Cummins during the pre-game press conference.

“He’s pumped, and to be honest, we’re all pumped for Swepo,” Aussie captain Pat Cummins said.

“He’s been running drinks for a long time over the last couple of years, but he’s absolutely ready.” Even though he hasn’t been playing, he has been an important member of the team.

“So we’re really looking forward to seeing him get a chance.”

The Australian captain acknowledged the Warne connection as well.

“I think all spinners have a strong affinity for Warnie, and he inspired everyone,” Cummins said.

Pakistan captain Babar Azam says his batsmen will do their homework on Swepson, who is making his debut.

“We haven’t seen him bowl much, but we’ll watch his videos and plan accordingly,” the right-handed batter explained.

Also Read: Harbhajan Singh got to be the primary Indian to score a hat-trick in a Test coordinate on this day in 2001.