India wins their 11th T20I match in a row, putting them one victory away from a major milestone. 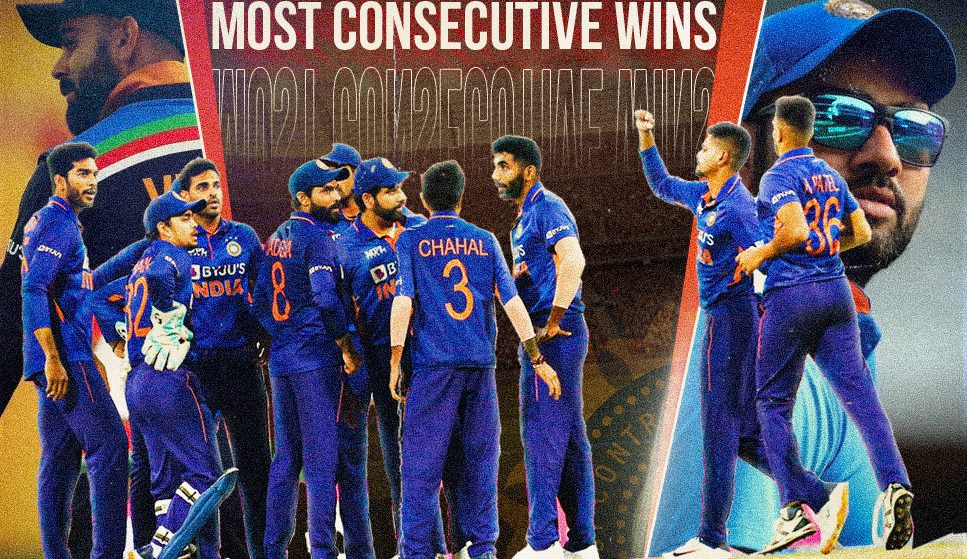 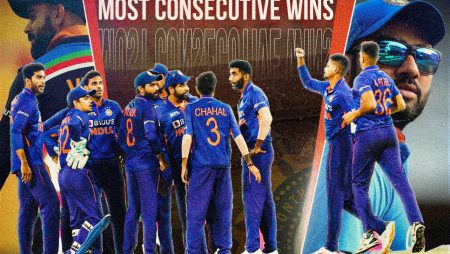 India wins their 11th T20I match in a row, putting them one victory away from a major milestone. India defeated Sri Lanka in T20Is for the 11th time in a row on Saturday in Dharamshala.

IND defeated SL on Saturday to extend their winning streak to 11 in T20Is. One victory away of equaling Afghanistan’s world record of 12 in a row. The Men in Blue cruised to 186 for three in 17.1 overs at the Himachal Pradesh Cricket Association Stadium in Dharamshala, chasing a target of 184 runs. Shreyas Iyer was in fantastic form, smashing an unbeaten 74-run knock off 44 balls, complete with six fours and four maximums. Meanwhile, veteran all-rounder Ravindra Jadeja scored 45 runs off 18 deliveries. Hitting seven fours and a six.

Sri Lanka initially posted a total of 183 for five in 20 over. With opener Pathum Nissanka scoring 75 runs off 53 balls. Dasun Shanaka, the captain, remained unbeaten after smashing 47 runs off 19 balls.

The Indian bowling attack was on fire, with Bhuvneshwar Kumar, Jasprit Bumrah. Harshal Patel, Yuzvendra Chahal, and Ravindra Jadeja each dismissing a batsman.

The win also gave India a 2-0 lead in the three-match T20I series.

Both teams will meet again in the third Twenty20 International on Sunday.

Afghanistan leads the way with 12 consecutive victories, followed by Romania with 12 victories and Uganda with 11 victories.

Also Visit: Rohit Sharma Is On The Verge Of Joining  Elite T20I Led by  Babar Azam

3 Replies to “India wins their 11th T20I match in a row, putting them one victory away from a major milestone.”