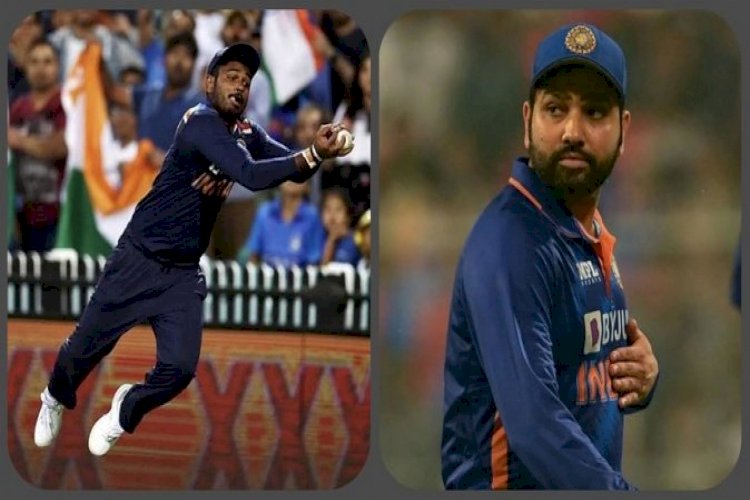 Rohit Sharma Responds to a Question About Sanju Samson’s Place in the T20 World Cup Squad. India vs. Sri Lanka: Sanju Samson returns to the Indian team for the first time since playing against Sri Lanka in a bilateral series last summer.

On Wednesday, India captain Rohit Sharma responded to a question about batter Sanju Samson’s chances of making India’s squad for the T20 World Cup in Australia later this year. In a virtual press conference on the eve of India’s first T20I against Sri Lanka in Lucknow. Rohit stated that Samson’s “shot-making ability” may be especially important in Australia. Samson, who plays for Kerala in the domestic circuit and Rajasthan Royals in the Indian Premier League. (IPL), is making his first appearance for India since last summer’s bilateral series against Sri Lanka.

“Man, that guy’s got talent.” Whenever I’ve seen him bat in the IPL and other tournaments. He’s always produced an innings that everyone enjoys watching. As a result, he possesses the necessary skill set to succeed. That is the entire point of the sport. “A lot of people have skill sets and talent, but how you use them is the most important part,” Rohit told reporters.

“It’s now up to Sanju to figure out how he wants to use his talent and maximize it.” As a management team, we see a lot of potential and talent. That person has a lot of match-winning abilities, in our opinion. “I hope we give him that confidence when he comes to play for us, whenever he gets an opportunity,” he added.

Samson is “definitely” being considered for the T20 World Cup later this year, according to Rohit.

“He is definitely being considered, which is why he is on this team.” His back-foot play is exceptional; some of the shots you’ve probably seen during the IPL – the pick-up pull, cut shots, standing and delivering over the bowler’s head. Those kinds of shots are difficult to execute. I believe that when you go to Australia, you need that kind of shot-making ability, and Samson has it in spades. “I just wish him the best and hope he realizes his full potential,” Rohit said.