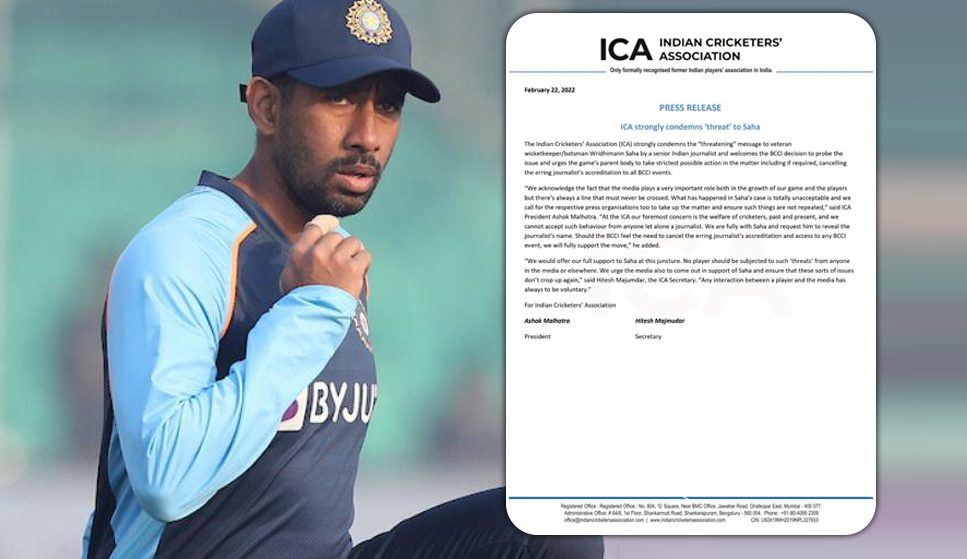 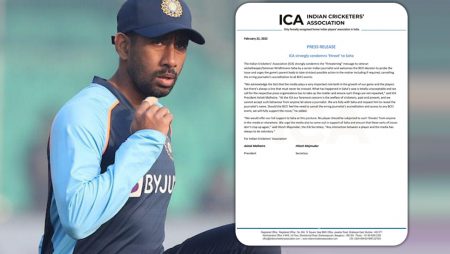 The Indian Cricketers’ Association issued a statement on Tuesday in which it condemned a “threatening message” sent by a journalist to wicketkeeper-batter Wriddhiman Saha. The ICA has also praised the BCCI’s decision to investigate the matter.

“We recognize that the media plays an important role in the development of our game and the players, but there is always a line that must never be crossed. What happened in Saha’s case is completely unacceptable, and we urge the respective press organizations to investigate and ensure that such incidents do not occur again “In an official statement, ICA President Ashok Malhotra stated.

On the same day he was drop from the Sri Lanka Test team, Saha took to Twitter to describe how a “respected journalist” approached him for an interview and how the messages quickly became threatening.

Furthermore, “At this point, we would like to express our undivided support for Saha. No player should be subject to such “threats” from the media or others. We urge the media to join us in supporting Saha and ensuring that such issues do not reoccur. Any interaction between a player and the media must be entirely voluntary “The ICA Secretary, Hitesh Majumdar, also stated.

Also Read: Yuvraj Singh writes to Virat Kohli in a touching letter, “You Have Been A Legendary Captain.”

“After all of my contributions to Indian cricket…this is what I face from a so-called ‘Respected’ journalist!” Saha tweeted. This is where journalism has devolved.”

Earlier, Team India head coach Rahul Dravid confirm on Sunday that he spoke with Wriddhiman Saha earlier this year and told him that the management is looking to groom a young wicketkeeper and that the Bengal cricketer’s time may have run out.

Dravid’s clarification came a day after Saha spoke out in the media about how Dravid suggested retiring because he would not be considered for selection in the longest format.

“I am not upset at all; I have great admiration for Wriddhiman Saha and his accomplishments and contributions to Indian cricket. My conversation with him came from that place; I simply felt that he deserved honesty and clarity. I didn’t want him to hear about it through the media. These are the kinds of conversations I have with players all the time, and I am not bother by them. I don’t expect players to always like the messages or agree with everything I say “Dravid stated during a virtual press conference.

“You have difficult conversations with people, sometimes with players, and you don’t expect them to always agree with you. I firmly believe in having those discussions every time the starting XI is chosen. Even now, Rohit and I will talk to the players who aren’t on the field. It’s natural for players to be hurt and feel disrespect; because I respect Wriddhiman, he deserved honesty and clarity “He continued.