Wasim Akram inducted into the PCB Hall of Fame. 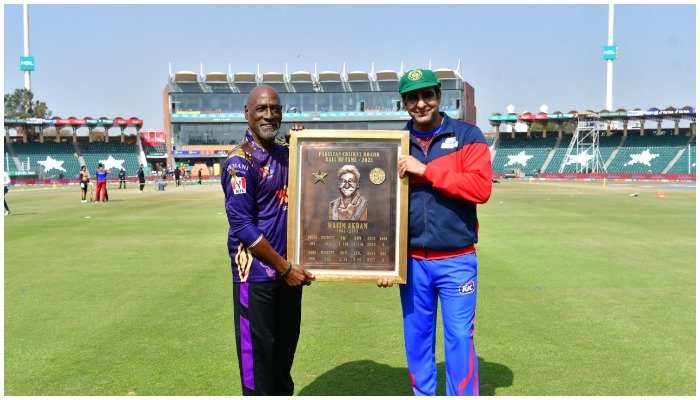 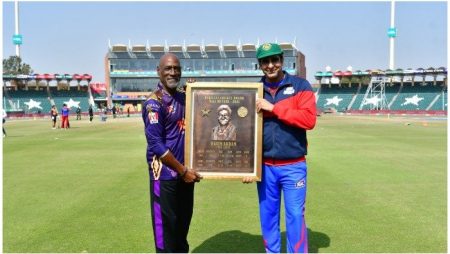 Former Pakistan captain Wasim Akram was induct into the Pakistan Cricket Board’s (PCB) Hall of Fame on Sunday. Wasim Akram was induct into the exclusive list by West Indies great Sir Vivian Richards. Who present him with a commemorative plaque and cap ahead of the start of the PSL match. Between the Karachi Kings and the Quetta Gladiators. Akram made his international debut in 1984 and went on to take 916 wickets and score 6,615 runs in his career.

Moreover, Akram is the first player to be formally induct into the PCB Hall of Fame. He will join in the coming days by seven more players. Abdul Qadir, Fazal Mahmood, Hanif Mohammad, Imran Khan, Javed Miandad. Waqar Younis, and Zaheer Abbas.

Wasim Akram has been inducted into the PCB Hall of Fame.

Akram’s reaction to being induct into the PCB Hall of Fame was as follows. “I consider myself fortunate to have received this great honor from Sir Vivian Richards, one of cricket’s most iconic figures, and at a venue that served as my home ground throughout my playing career. I’d also like to thank the Pakistan Cricket Board for initiating this initiative to recognize and acknowledge the contributions of former cricketers.”

“It has been an honor to represent Pakistan for the past 18 years, during which time I have appeared in 460 international matches. Every wicket and run I took in these games was priceless. I cannot thank God Almighty enough for allowing me to serve this great country at the highest level “PCB’s official website quoted Akram as saying.

“I’d like to thank all of my fans, who have been my greatest supporters. Their assistance has been invaluable. I’d also like to thank my family and friends for their support throughout this incredible journey “He continued.

3 Replies to “Wasim Akram inducted into the PCB Hall of Fame.”