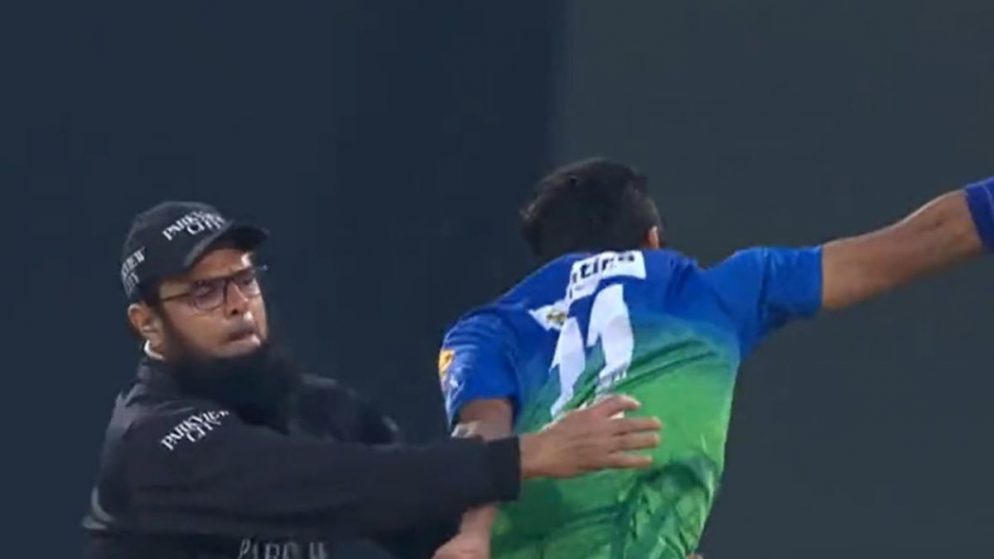 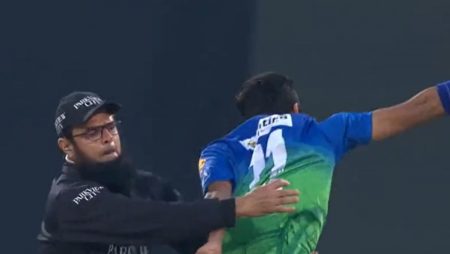 Umpire Aleem Dar’s Attempt To Stop Pakistan Pacer From Celebrating Wicket In PSL Match. During a PSL match between the Multan Sultans and the Quetta Gladiators, umpire Aleem Dar attempted to prevent a bowler from celebrating a wicket.

The ongoing Pakistan Super League (PSL) is nearing the end of its season. Multan Sultans, led by Mohammad Rizwan, are currently on top of the table with 16 points after nine games. Multan currently leads second-placed Lahore Qalandars by four points after defeating Islamabad United on Saturday. A hilarious incident occurred during the Gladiators innings during Multan’s last game against the Quetta Gladiators on Friday. Multan pacer Shahnawaz Dahani castled Naseem Shah on the fourth delivery of the Gladiators’ 14th over.

Dahani, elated by the wicket, turned around and ran towards the crowd to celebrate. Umpire Aleem Dar jokingly attempted to stop Dahani, but was unsuccessful.

PSL shared a video of Aleem Dar’s hilarious attempt to stop Dahani from celebrating on their official Twitter account.

Multan batted first and posted a massive total of 245 for 3 in 20 overs.

Shan Masood and skipper Rizwan put on 119 runs for the first wicket before the former was out for 57 in the 12th over.

Rizwan was then joined in the middle by Rilee Rossouw, and the pair put on 103 runs for the second wicket.

The Sultans, who have already qualified for the play-offs, will play Islamabad United in their final group game later on Sunday in Lahore.