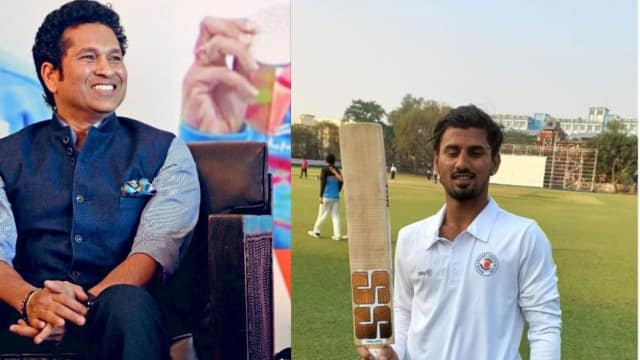 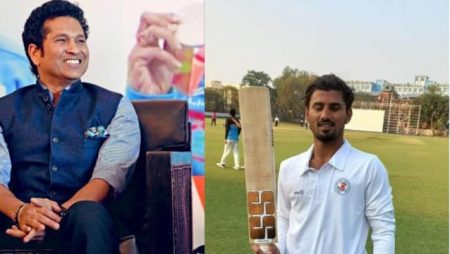 Sachin Tendulkar Congratulates Record-Breaker Sakibul Gani on the Ranji Trophy. Sakibul Gani made history on Friday by becoming the first player to score a triple century in his first-class debut.

“Sakibul Gani should be congratulate on a strong performance in his first Ranji Trophy match. Continue to do so, “Tendulkar posted a tweet.

Also Visit: Simon Helmot has been named as the new assistant coach of the SRH after Simon Katich resigned.

Ajinkya Rahane scored a century for Mumbai against Saurashtra on Day 1 of the Ranji Trophy on Thursday.

Yash Dhull of Delhi also hit a century in his first-class debut against Tamil Nadu in Guwahati.]

The post-IPL phase would take place between May 30 and June 26.

This season’s Ranji Trophy will feature 64 matches spread across 62 days.

Also Read: Rajvardhan-Hangargekar is being investigate by the Maharashtra Sports Commissioner for age fraud.