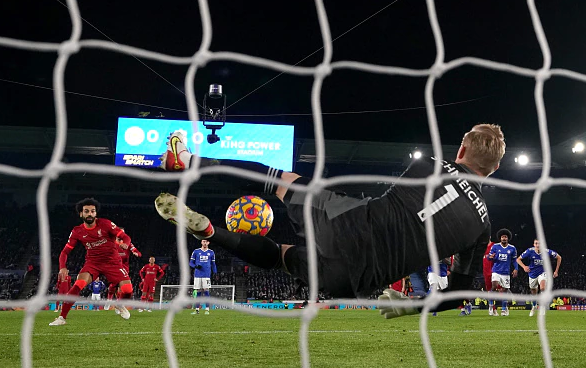 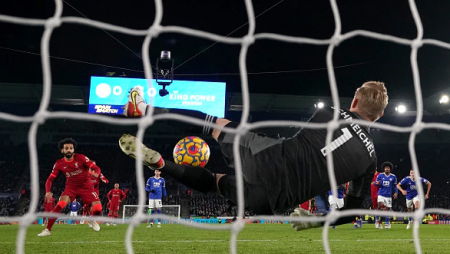 Watch Mohamed Salah’s Penalty: During Liverpool’s loss to. Leicester, Mohamed Salah missed a key penalty and then struck the rebound on the crossbar.

In an away match dominated by Liverpool, Leicester City had the final laugh, winning all three points against. Jurgen Klopp’s team. However, if Mohamed Salah had scored a penalty in the. 15th minute of the first half, the scoreboard and outcome might have been different. But what happened following the penalty miss was even more startling, as the Egyptian star again struck the crossbar with an open-goal rebound. The visitors’ missed opportunity to give Salah a chance came back to haunt them as they were defeated by a lone goal.

Liverpool, on the other hand, suffered a setback in the quest for the Premier League title. With both teams having played 19 games, they fell six points behind current table-toppers Manchester City.

Liverpool dominated the game from the start, claiming 64 percent possession and a higher number of shots on target.

Despite Klopp’s side controlling the tempo of the game, Leicester depended exclusively on counter-attacking tactics to retain their advantage, which Ademola Lookman gave them in the 59th minute.

Liverpool did not make the best of the set-piece opportunities they were given. The Leicester defense was rarely troubled by the 12 corners won, as the visiting side failed to take advantage of the possibilities that were presented to them.

Liverpool will face Chelsea next, while Leicester will face Norwich City.

Visit also: Sharad Pawar, a member of the Left