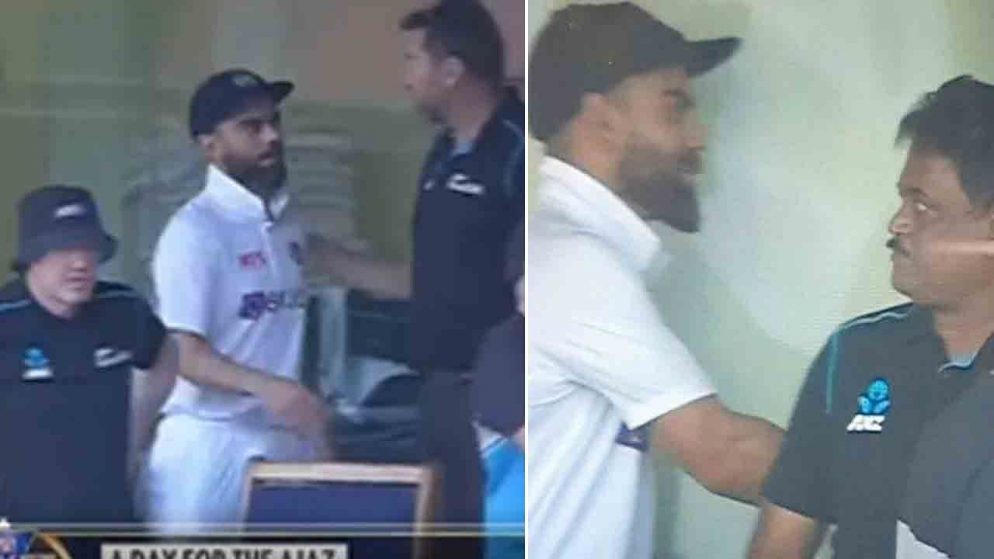 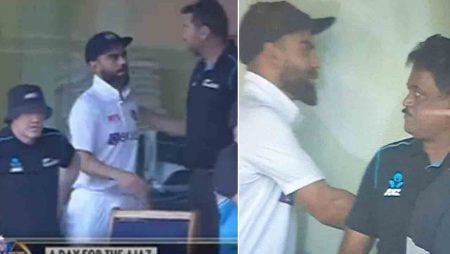 Patel, a New Zealand spinner, claimed that Rahul Dravid and Virat Kohli visiting him in the BlackCaps dressing room to congratulate him is a “really important deal” for him.

Both Anil Kumble and Jim Laker are well-known cricketers who have amassed a large amount of wickets. So being with them is a unique achievement, and doing it in Mumbai, which is where I was born. Makes it much more significant,” Ajaz told ANI.

“If I’m telling the truth, when I took nine wickets, I thought I had a chance of picking all ten.” Ajaz stated. My over had four balls left, and I realized they were the most essential.

I got the tenth wicket in that over thanks to Rachin Ravindra’s excellent catch, and everything went according to plan.”

“I’m not sure whether I’ll get another chance to grab as many wickets, but the goal is always to get more wickets.” Rahul complimented me and came into the dressing room to acknowledge me, which is a huge deal for me.

We all know Dravid’s history and Kohli praised me as well. He is the Leader of India, and his visit to honor you is significant. After Mohammed Siraj complimented me, R.Ashwin conducted my interview and handed me with an autographed India jersey. Sportsmanship is a big part of our game,” he added.

The Kiwi spinner expressed his affection for Mumbai by saying: “The most important thing is that my name will always be on the Mumbai honors board. When I took four wickets on the first day, I knew that if I took just one more wicket, my name would be on the honours board. I received so many messages and phone calls that as soon as I unlocked my phone, it was flooded with them.”

“All ten wickets are equal in my eyes. For me, the most important thing was to bowl with vigor. After bowling 30 or so overs, the body becomes exhausted, and you must concentrate more. I kept taking wickets, and each of the ten is equally crucial to me “Added he.

The Kiwi spinner also stated that if the opportunity arises, he would love to play for the Mumbai Indians in the Indian Premier League (IPL).

“I’ve always been a fan of the Mumbai Indians and have always backed them. It would be a huge honor for me if I was ever selected for the IPL “Ajaz stated.

However, Ajaz’s efforts were in vain, as India won the second Test by 372 runs thanks to Mayank Agarwal’s heroics with the bat and Jayant Yadav’s four-wicket haul in the second innings.

4 Replies to “Ajaz Patel describes Rahul Dravid and Virat Kohli’s visit to acknowledge him as a “very big thing.””