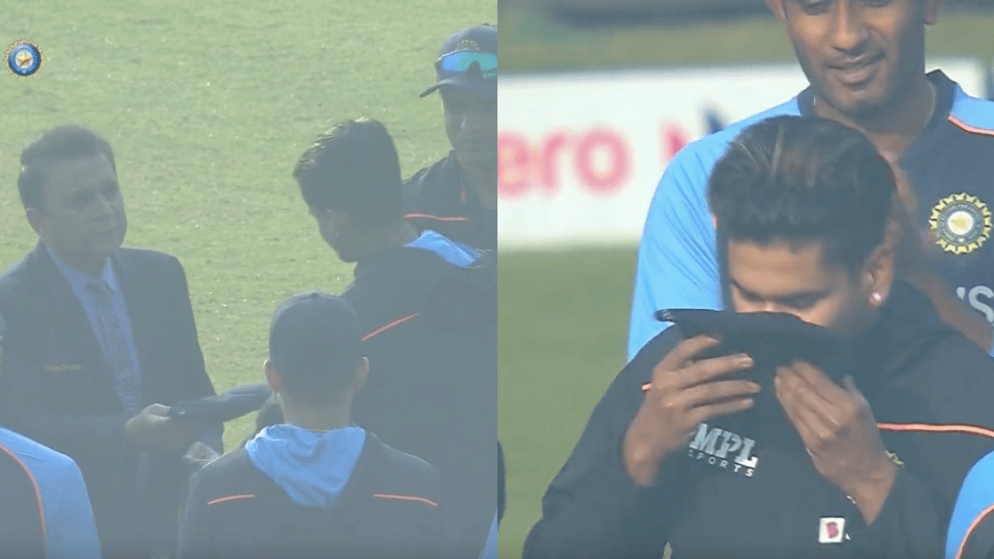 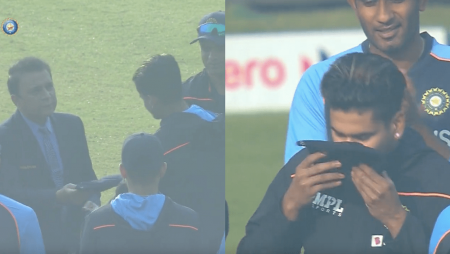 Who kissed the batch before putting it on, in a video published by BCCI on its official social media profile. Iyer was subsequently greeted with heartfelt hugs by his colleagues.

The 25th of November, 2021, is likely to be one of Shreyas Iyer’s most memorable days in cricket. The right-handed hitter, who will play his debut Test for India on Thursday, received his first Test cap from none other than the legendary Sunil Gavaskar ahead of the opening Test match against New Zealand at Green Park in Kanpur.

Gavaskar was seen giving words of encouragement before passing over the cap to Iyer. Who kissed the batch before putting it on, according to a video published by BCCI on its official social media profile. Iyer was subsequently greeted with heartfelt hugs by his colleagues.

“A moment to treasure for @ShreyasIyer15 as he earns his #TeamIndia Test cap from Sunil Gavaskar – one of the best to have ever graced the game.”

The BCCI captioned the video

Iyer, who has had a lot of success in white-ball cricket as a middle-order batsman, will bat at No. 4 or 5 in this Test match against New Zealand. In First Class cricket, the 26-year-old has an amazing average of 52 and 12 hundreds.

Virat Kohli, India’s usual Test captain, is absent, although he will return for the following Test. Rohit Sharma is also not in the Test squad, while an injury to KL Rahul meant India had to abandon their plans to play Shubman Gill in the middle order. Mayank Agarwal, who is making a comeback at the top of the order, will start the batting for Gill.

Meanwhile, India’s stand-in skipper Ajinkya Rahane won the toss and chose to bat first. In the absence of older players, Rahane believes this is a fantastic opportunity for the youth to show their worth.

“(The Kanpur pitch) Slows down here in general. It’s a chance for all of us to succeed both here and in Mumbai. A few of the senior members have gone missing.

India has sent three spinners and two seamers to the match. India has the advantage of batting deep with Ravindra Jadeja, Ravichandran Ashwin, and Axar Patel as their three spinners.

Team India decided not to include Mohammed Siraj in the playing XI. therefore Umesh Yadav and Ishant Sharma are the two specialist seamers.