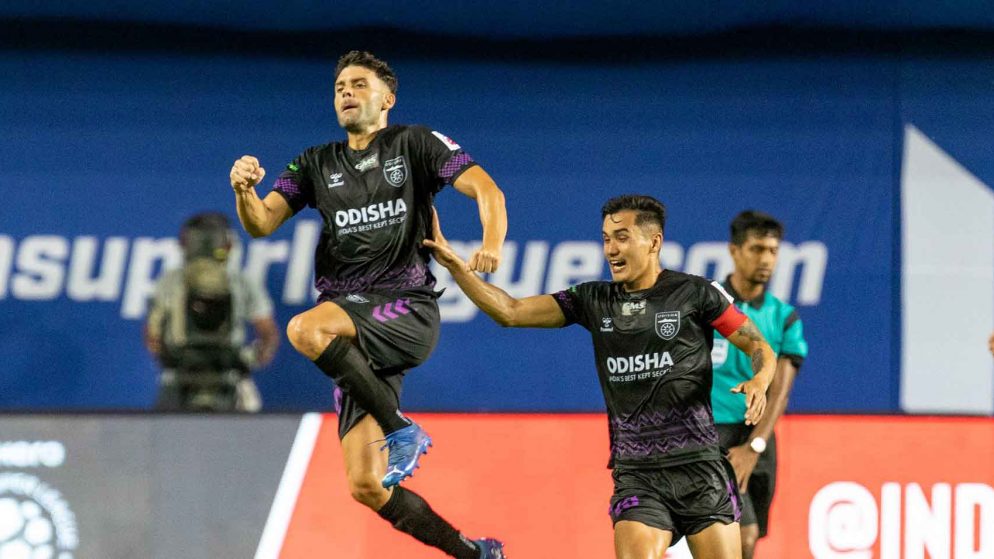 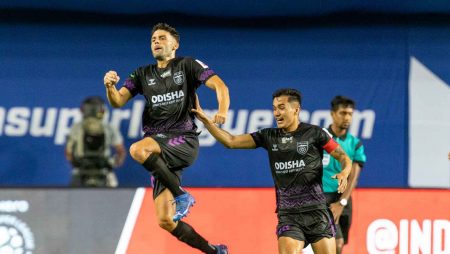 Odisha FC beat Bengaluru FC 3-1 in the Indian Super League on Wednesday, thanks to a brace from Javi Hernandez.

Odisha FC defeated Bengaluru FC 3-1 in a 2021-22. Indian Super League (ISL) match at the Tilak. Maidan Stadium in Vasco on Wednesday, with two early goals in each half and a clean late strike. They became the first team from Odisha to defeat the Blues in the ISL. With a brace, Javi Hernandez (3′, 51′) led the attack for Odisha. While his first goal was a bit of a fluke, his second was nothing short of spectacular from just beyond the box. Alan Costa (21′) scored one for Bengaluru as Sunil Chhetri failed to convert a penalty kick. Aridai Suarez (90 4′) sealed the deal for Odisha with a sublime goal adding more sheen to the win.

Bengaluru benched Cleiton Silva in favor of giving young Roshan Singh a chance at right back. Odisha took the field with a 4-3-3 formation, with Kiko Ramirez’s Spanish influence on display.

Gurpreet Singh Sandhu, India’s goalkeeper, had a bad start when he stepped out of his area to clear a long punt from his adversary Kamaljit Singh. Odisha drew first blood after his mistimed clearance dropped right to Javi Hernandez, who floated the ball over the goalie and defenders and into the net.

Shell-shocked After the opener, Bengaluru was still picking up the pieces when Jonathas, Odisha’s high-profile summer signing, found Nandhakumar Sekar with a one-two, but the latter squandered the chance with a feeble attempt in the 12th minute.

Roshan lashed the ball in from his left foot after Odisha captain. Hector Rodas nodded the ball out for a corner kick. Alan Costa, a Brazilian defender, used his tall stature to leap to the. Highest point and head the ball into the net for the equalizer.

Visit also: Tripura Civic Bodies are up for election; Trinamool and the Left accuse each other of unfair play.