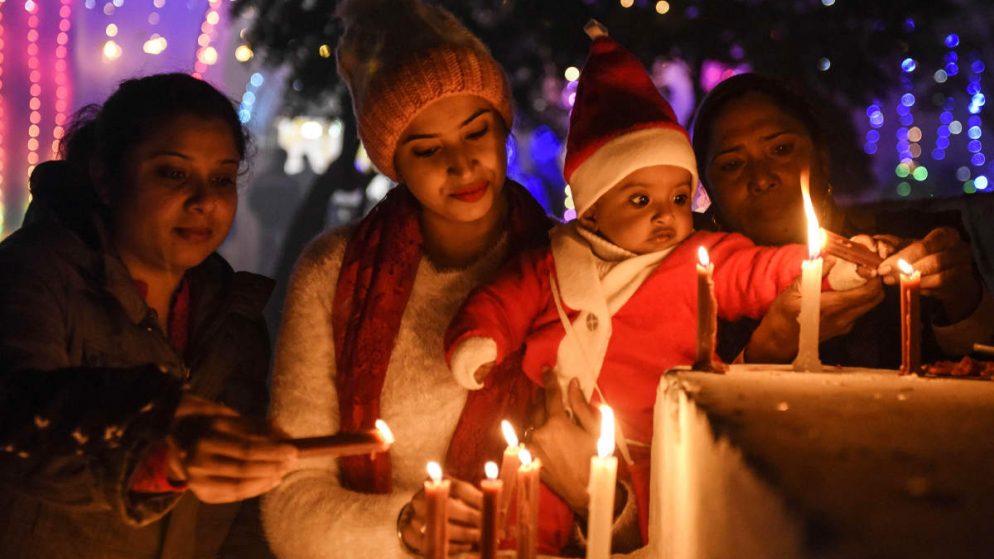 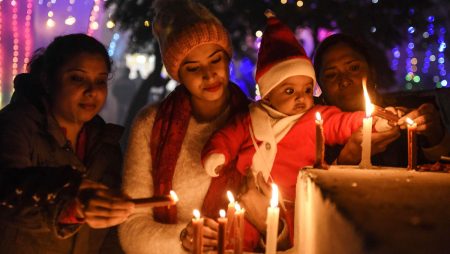 How Indian celebrate Christmas/ Christmas in India. – Christmas is a tiny religious event in India.

Christians make up about 26% of the population of India’s smallest state, Goa, on the west coast. Many Christians in Mumbai were born in Goa or had Goan ancestors. The eastern Indian states of Manipur, Meghalaya, Nagaland, and Mizoram all have considerable Christian populations.

For Christians in India, especially Catholics, midnight mass is a very important service. The entire family will stroll to the mass, which will be followed by a big feast of various cuisines. (Mainly curries) and the exchange of gifts. For the Christmas Eve Midnight Mass, churches in India are decked with Poinsettia flowers and candles.

Instead of traditional Christmas trees. Individuals decorate a banana or mango tree (or any tree they can find!). Mango leaves are sometimes used to adorn homes.

Christians in Southern India commonly place little oil-burning clay lamps on their flat roofs. To demonstrate to their neighbors that Jesus is the light of the world.

Christmas is a big deal for Christians in Goa! Because Goa has historical ties to Portugal. Their Christmas includes many ‘western’ rituals.

A week before Christmas, people enjoy going around to their neighbors and singing carols. Christmas Trees and a ‘typical’ rich fruit Christmas Cake are also quite popular. In Goa, a variety of indigenous delicacies are consumed throughout the Christmas season.

People place large paper lanterns in the shape of stars between the houses so that as you walk down the street. The stars float above you.

Many Christmas customs from Goa are used by Christians in Mumbai. Such as star lamps and manger scenes.

The tribal Christians of the Bhil people in north-west India. Go out night after night for a week at Christmas to sing their own carols all night. They visit nearby communities, singing and telling the Christmas story to the locals.

Christmas is a big deal in Kerala. A state in South West India where Christians make up 22 percent of the population of 33 million people.

Traditional Catholics fast from the 1st to the 24th of December, till the midnight service. Each home’s roof will be adorned with a Christmas star.

As the holiday season approaches. Nearly every stationary store will be bursting with new and unique Christmas stars. People build cribs in their houses and churches.

2 Replies to “Christmas in India”