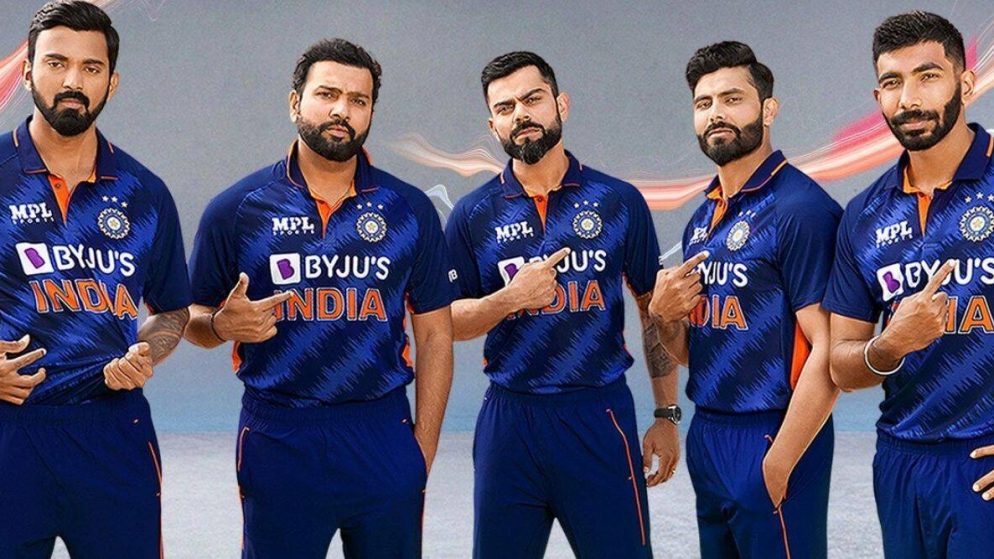 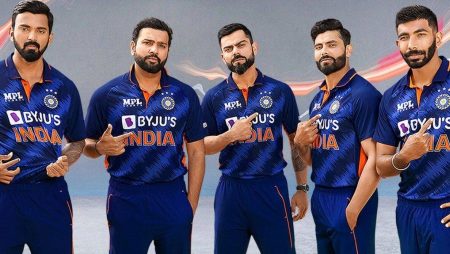 Fan-inspired Team India jersey: The new jersey, called “Billion Cheers Jersey“, was inspired by fans and presented by MPL Sports. The official jersey sponsor of the Indian men’s, women’s, and under-19 teams.
Meanwhile, India’s cricket team squad for the upcoming T20 World Cup was unveiled on Wednesday. Firstly, claiming to be inspired by fans days before the country opens its campaign. Secondly, with a highly anticipated clash against archrival Pakistan in Dubai.
However, the tournament will take place in the United Arab Emirates. And Oman from October 17 to November 14.

Therefore, the official jersey sponsor of the Indian men’s, women’s, and under-19 teams.

The new jersey, called “Billion Cheers Jersey”, was inspired by fans and presented by MPL Sports.

“This is the first time in the history of Indian cricket that fans have been memorialize on a jersey. It carries their chants and cheers from iconic past matches, transformed into unique soundwave patterns,” stated a release from ML Sports

However, the shirt is available in Prussian Blue and Royal Blue.

In addition, BCCI president Sourav Ganguly said, “The Indian cricket team enjoys support not just in India but around the world, and there’s no better way to celebrate their excitement and energy than through this jersey.

Moreover: “This will undoubtedly provide the team with the much-needed enthusiastic support in their quest to emerge as the T20 champions of the world. We are also pleased to see that MPL Sports continues to deliver merchandise that is widely affordable and accessible.”

In conclusion, The board’s secretary Jay Shah echoed the view.

“The story behind the jersey is a story of every Indian cricket fan. We are sure that wearing this will be a matter of great pride for both the team and supporters alike.”

The shirt will be available in stores for Rs 1,799. In addition, more than 10 variations have been released, including a player’s edition jersey and the signature jersey with the number 18 of the Virat Kohli pattern.