The BCCI medical team is concerned about Varun Chakravarthy’s ailing knees in the T20 World Cup. 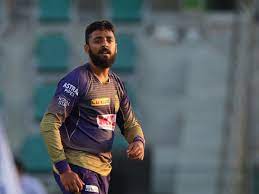 The BCCI medical team: T20 World Cup: The Indian team management wants. Varun Chakravarthy for their campaign in the UAE, and the BCCI medical team is willing to go to great lengths to keep the mystery spinner fresh despite concerns about his bad knee.

Varun Chakravarthy is projected to be a crucial player in the. T20 World Cup, but the BCCI medical team will have to work extra hard with the Tamil Nadu wrist-spinner, whose knees are in bad shape.

The Indian team can be changed until. October 10, but Varun’s top-notch skill sets will ensure that he remains in the lineup until his agony becomes unbearable.

Varun will be managed throughout the three-week competition by the Indian team management. Who are anxious to have him on the field for the opening game against Babar Azam‘s Pakistan on October 24.

The BCCI medical team: “Varun’s knees aren’t exactly in excellent shape. He’s in discomfort, and if it hadn’t been a. T20 World Cup, I’m sure the Indian team management wouldn’t have risked playing him “On condition of anonymity, a. BCCI source with knowledge of the development told PTI.

“He may require substantial rehab in the future to be. 100 percent fit, but right now, the focus will be on his pain management throughout the T20 World Cup.”

Varun has had an outstanding IPL season so far, taking 15 wickets in 13 games at a 6.73 economy rate. He has also been a nemesis for majority of the teams, making him an important piece in India’s worldwide tournament strategy.

Click here: Bavuma retains hope and perspective amid unfair comparisons ahead of World Cup
Read more about: Dwayne Bravo, Shikhar Dhawan, and Ambati Rayudu will be eyeing huge milestones when they take the field in the 50th match of the IPL 2021
Visit also: INDW dominate Australia in drawn day-night Test