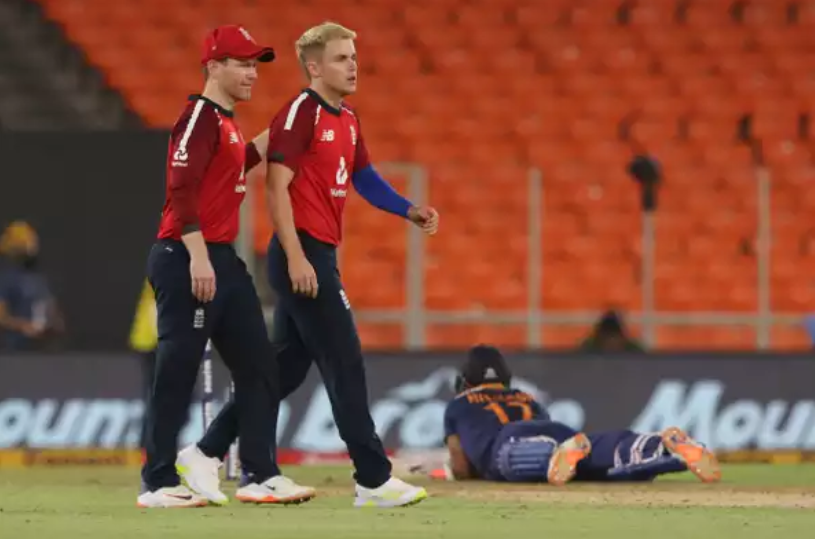 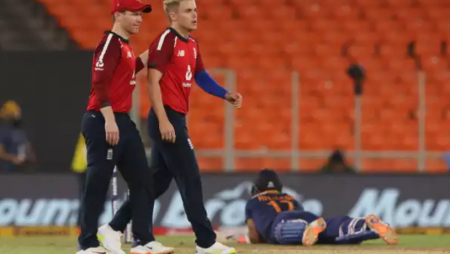 Sam Curran lower-back injury: A back injury has excluded Sam Curran from the rest of the 2021 IPL as well as the upcoming T20 World Cup. The England and Wales Cricket Board confirmed on Tuesday (October 5).

Curran, 23, has played 24 Tests, 11 ODIs and 16 T20Is for England. He was a part of the England Test squad that played India in England prior to the IPL.

“Unfortunately I have received gutting news that I will, unfortunately, be missing the remainder of the IPL season and the World Cup. Extremely gutted absolutely loved my time with Chennai this season,” Sam Curran told CSK.

“It hasn’t really sunk in yet but I’m leaving the team in a fantastic space. The boys are playing really good cricket. I want to be supporting them from where I am in the next few days.

“Once it’s all sunk in, I’ll definitely be supporting the team and I’m sure they can go all the way and lift the trophy.”

“Sam Curran will fly back to the UK in the next couple of days and will have further scans and a full review later this week from the ECB’s medical team,” the release stated.

“Just want to say a massive thank you to all the Chennai Super Kings fans, I’ve absolutely loved all your support in the last two seasons I’ve been playing. It won’t be long until I’m back running, bowling and batting in front of all you guys.

“I’ll be back stronger, until then stay safe. Cheers guys,” the all-rounder added.

Curran, 23, complained of back pain after the IPL game against the Rajasthan Royals last Saturday in Abu Dhabi. Subsequent scans revealed the nature of his injury and excluded him from the international marquee tournament.

Which begins on October 17. In nine IPL games this IPL season, Curran had nine wickets with an economy of 9.93 and scored 56 runs in four innings.

The 2010 champions England will begin their quest for a second T20 title with a warm-up against India on October 18 in Dubai.

In the Super 12 phase of the tournament, they will team up alongside Australia, South Africa, and the defending champion of the West Indies.

Click here: R Ashwin says: Ruturaj has been wonderful to watch, going to be a challenge against CSK
Read more about: Michael Vaughan says “It will be difficult for Mumbai Indians to qualify” in the Indian Premier League: IPL 2021
Visit also: Rajasthan Royals are taking one match at a time, says Rahul Tewatia: IPL 2021